This website is my personal space for pontificating about things. My perspective is one of an academic who has both an unusual career profile (I have spent, and continue to spend, time running facilities) and an interdisciplinary perspective (I am both an atmospheric and computer scientist). 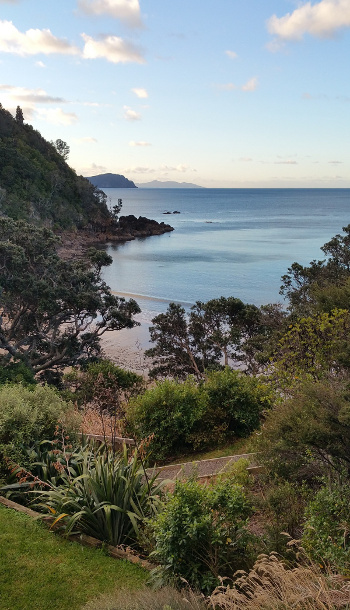 A winter's day in Godzone

My current role involves managing the delivery of Advanced Computing (HPC, HPC support, and Data Centres) for the UK National Centre for Atmospheric Science (NCAS) and carrying out relevant research, with a foot in the door in both the departments of Meteorology and Computer Science at the University of Reading.

I began my academic career with a doctorate from the University of Canterbury, in Christchurch New Zealand, where I worked on middle atmosphere dynamics, utilising radar and satellite observations. I partially funded myself with employment as a graphics and network consultant (and in that role was the leader of the team who brought the Internet to the South Island of New Zealand).

I then went to the University of Oxford in the UK, initially as a post-doc, then as a research fellow in a joint position between Lady Margeret Hall, Oxford Physics, and Rutherford Appleton Laboratory. Most of this time was also spent on middle atmosphere dynamics, mainly with satellite observations, but increasingly with model tools, such as the Stratosphere-Mesosphere Model. I did a lot of computer systems administration!

Back to NZ in 1996 as a Lecturer, then Senior Lecturer in Physics, where I began my interest in climate modelling, with work on gravity wave and clouds in climate models (alongside lots of interesting teaching). Started a migration from running computers to doing computer science.

I returned to the UK in 2000, to take up a role as “Head of the British Atmospheric Data Centre” at the Rutherford Appleton Laboratory, a role that eventually morphed into “Director of the Centre for Envrionmental Archival” (CEDA) within NCAS. I learnt a lot about Software Engineering. With the advent of JASMIN CEDA itself changed it’s role and the final A became A for Analysis. At roughly the same time I moved to a chair in “Weather and Climate Computing” at the University of Reading, but retained a 20% footprint at CEDA. In the new role I have taken a much higher profile in the provision of HPC for environmental science, and in the development of climate (and weather) modelling technology, from storage to codes.

In 2017 I finally relinquished the formal footprint at CEDA, although I stil hold a visiting scientist position there, and am still responsible for much of what goes on there. The change in 2017 was intended to relinquish time so that I could get more involved in important aspects of research on the transition to exascale.

The Best Club Rugby Team in the World

Every page on this blog carries an important disclaimer: nothing written here carries any approval or authority associated with my employment. These are personal thoughts, and occasionally they will stray into opinion and frustration. Some pages will be about work done, and results, and some will be about things I am learning, and some will be about difficulties in delivering science. Some are about management. Some will be nothing to do with my professional life. I will endeavour to make it clear when I know I have strayed past professional competence, but you will have to make up your own opinions on that.