It’s always a nice present for any academic when a paper finally appears “in print”. After some months in public review, our paper introducing a formal data model for the Climate Forecast (CF) conventions (Hassell et al., 2017) has appeared in Geoscientific Model Development. Although CF was developed for content stored in NetCDF files, this data model has been developed in such a way that the logic can be used for CF content stored in other formats. 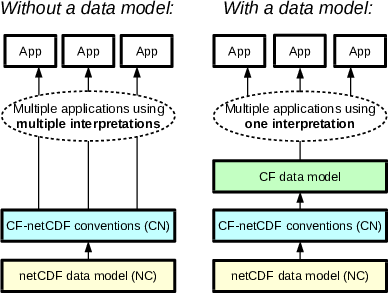 The advantage of Data Models