The great British summer gets a pretty bad press from folks who come from my part of the world, but in my experience it’s pretty unjustified. I think British weather gets its crap reputation (deservedly) from the other seasons, when it’s not to unusual to go weeks without seeing even a glimpse of the sun. Having said that, occasionally, summer does go awol here in some years, but those years are getting fewer and further between …

Meanwhile, what’s to complain about in this met office (via bbc) forecast?: 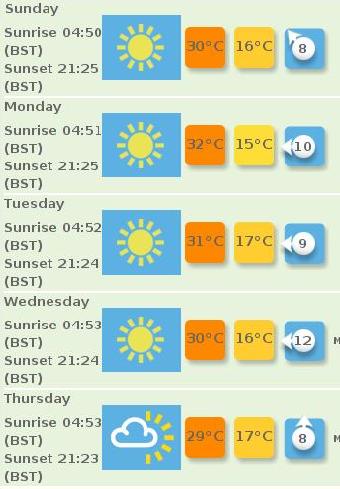 Having just had a fantastic week of good weather in Edinburgh, I’m not complaining either!