Here are two five day forecasts for Oxford issued by the Met Office - both were downloaded this afternoon. The first is via the BBC, the second from the Met Office site itself: 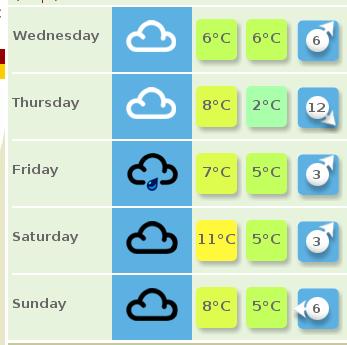 Is it going to rain on Friday or not? Ostensibly these are forecasts issued around the same time (although one can’t see obviously when the forecast was issued for the BBC one) … and as far as I know, both are issued automagically from the same input data. No wonder weather forecasts sometimes have a bad rep.